Ismaeel Tamr official YouTube Channel Syrian Rapper and actor and director of short films Award-winning creativity and excellence in academic Drama Festival in Beirut in 2014. It has many songs and video clips and short films. Participated in several soap operas Syrian. He graduated from the Institute of Drama Academy in 2010 in Damascus and now lives in Turkey in Istanbul.

The life of Ismail Tamer: Ismail was born in the Levant city of Damascus on Tuesday, December 11, 1990. Ismail Tamer was living in the Qudsaya area in the Levant. Ismail Tamr lived the Syrian crisis from its inception until 2012, then he traveled and stranged to Beirut in Lebanon for almost two years, and now he is stable in Istanbul, Turkey.

Early life: Ismail graduated from the Academic Drama Institute for Acting and Directing in 2010. His hobbies are dancing, break dance, rap and acting. He studied at more than one private acting institute and graduated from an academic drama institution. He performed and directed short films in 2010, and participated in a number of Syrian serials, plays, films and advertisements. After that, he entered the art of rap and decided to record his first song, entitled Shab Shab.

Ismail Tamr and Art: One of the most important difficulties he faced in his life was the lack of specialized production companies for rap art, but after his name became known, he began to receive offers from private production companies after he had overcome these difficulties, his first album was (Under the Dirt) and one of his words And composed by.

Ismail Tamer today: became the most famous Syrian rapper in the Arab and western world. One of his works is an Arabic rap album called “Under the Dirt” that was performed in 2012 and his most famous song “My Malakti”, which he directed in 2013 and exceeded 1,002,977 views on YouTube.

He married Ismail Tamr in 2016 and his wife is from outside the artistic community. He had a baby in 2018 and his son’s name is Tim. Some information on Ismail Tamer was taken from the Wikipedia site. 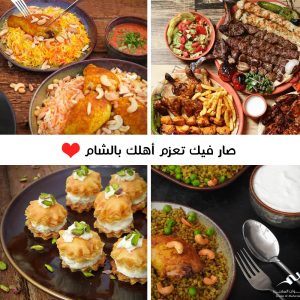